On January 28, 2021, the Cortland County Board of Realtors® held their Annual Awards event.  These awards recognize CCBR members and affiliate members for their achievements and support.  Community Hero and Realtor® Community Service awards were presented, with a $250.00 donation to the charity of the recipient’s choice being made in their name.

The Realtor® of the Year Award was  presented to Joanne Sweeney, Lic. Assoc. RE Brkr. with Berkshire Hathaway HomeServices Heritage Realty, 2020 CCBR President.  CCBR members Shuryl Menapace and Dana Decker thanked Joanne for leading us through a challenging year.  Joanne Sweeney dedicated the 2020 President’s Award to the Covid-19 front-line workers and expressed her heart-felt thanks to all for their hard work, sacrifices and unselfish determination.

The Community Hero Award was presented to Marilyn DeLorenzo.  “Marilyn has enriched our community through her many years of service in local organizations,” said Mary Lee Martens and Cindy Lewis.  “Marilyn realizes that the success of nonprofit organizations is dependent on their financial soundness.  It is rare for a volunteer to be willing to provide leadership as well as to attend to the details and tasks that are part of successful fundraising,” they went on to say.

Marilyn taught in public schools and at SUNY Cortland, where she mentored students and encouraged them to give back to the schools in which they were privileged to learn.  She was co-president of the American Association of University Women in Cortland from 2003-2005.  She has worked tirelessly at fundraising, while encouraging local students through support and awards, helping them on their path of lifelong learning and community service.

Marilyn is a loyal volunteer for the YWCA.  She was the driving force behind the Pig & Par Golf Tournament, which nets over $15,000 annually.  The proceeds support YWCA programs, including Aid to Victims of Violence and childcare.

A twelve year member of the Board of Managers of Elizabeth Brewster House, she has been treasurer for nine years and chair of the Finance Committee, as well as volunteering with activities, events, outings, tours, and fundraising.  She has also served as an Ombudsman for the Cortland County Area Agency on Aging’s Long Term Care program.

A lifelong Cortland resident, she loves her community.  She is always among the first to show up for those in need, whether it be with soup, pizzelles, or ensuring the inclusion of those that might be isolated.  She is an active member of St. Margaret’s Church and brought Communion to Walden Oaks residents for twelve years.

Congratulations to Marilyn DeLorenzo and thank you for all you have done, and continue to do, for our community!  Marilyn’s charity, Cortland YWCA, was awarded $250.00 in her honor.

Jeffrey West, SVR Realty, received the Realtor Community Service award.  “He has a heart of gold and always puts others first,” said Emma Hans, colleague, and friend.  Jeff continually helps co-workers, clients, friends, and those in need, whether it be through education, or hands-on help, such as painting, repairs, moving, landscaping and snow removal.  Thank you, Jeff for what you do for our community!

Thank you to everyone who served on committees in 2020.  Your time and effort keep our organization running.  Jeff’s charity, Cortland Loaves and Fishes, was awarded $250.00 in his honor.

The following Realtors® were recognized for achieving the Million Dollar Sales award:

Members recognized for Years of Service in the real estate industry:

Thank you to our affiliate members for their participation and support.  We couldn’t do it without you!

Congratulations to all and thank you for your continued service! 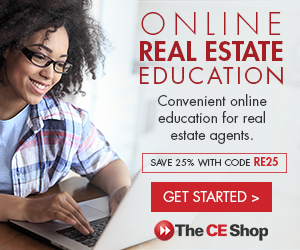